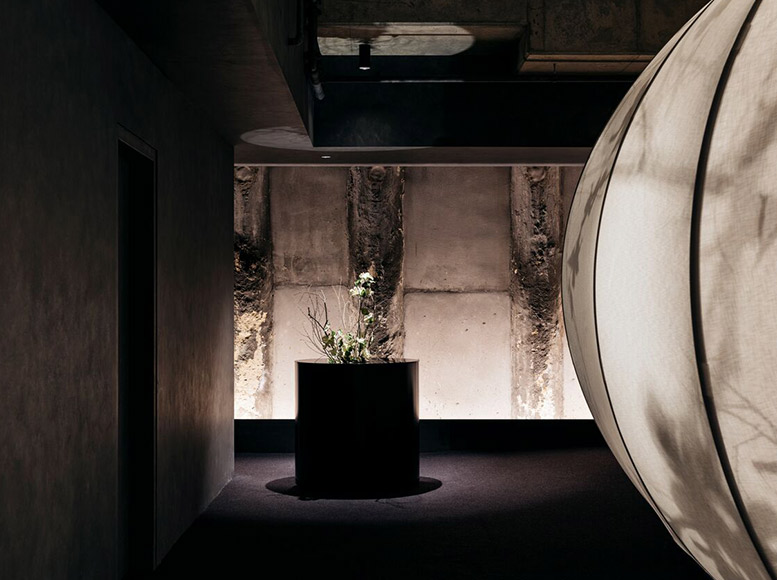 A centuries-old culinary art form derived from the ceremonial cooking practices of Zen monasteries, kaiseki is guided by a formal, multi-course structure, with a continually evolving menu that emulates seasons. 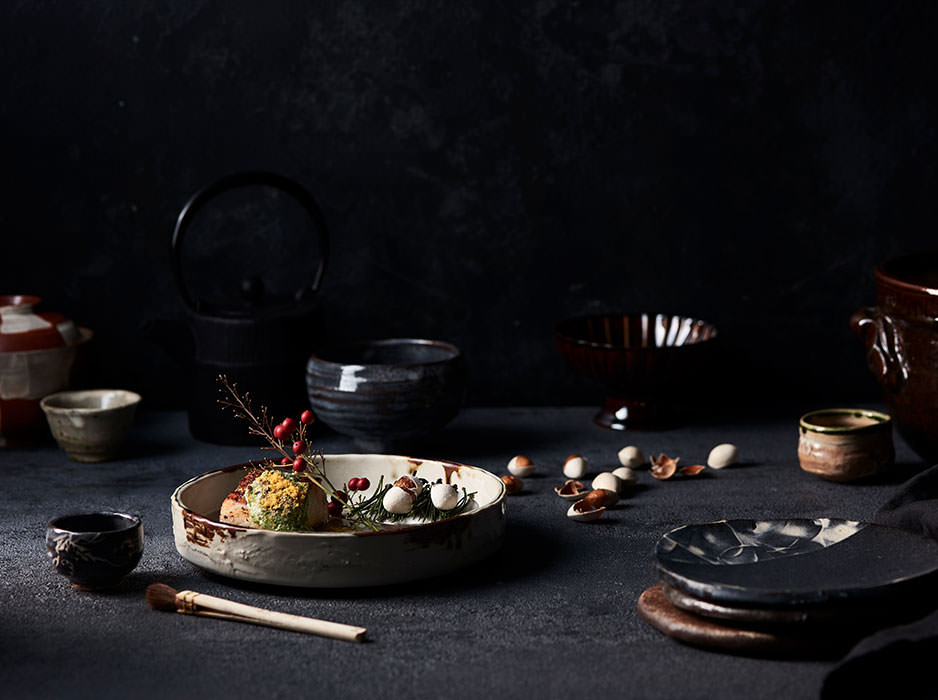 Serving a nightly set menu of up to 11 courses, Ishizuka’s approach is informed by the Japanese philosophy that honours the integrity of produce, using minimal seasoning to open up the authentic flavours of the finest natural ingredients. Designed by sommeliers Sarah and David Lawler, a concise yet considered sake and wine list perfectly complements the culinary offering.

Central to kaiseki tradition is the creation of a holistic dining experience, wherein practitioners strive for excellence in every detail, aiming to stimulate and satisfy each of the senses, not just the palate. A meticulously prepared meal becomes an art form, enhanced within a theatrical setting; each facet of the experience considered to balance taste, texture, colour, appearance and sentiment. 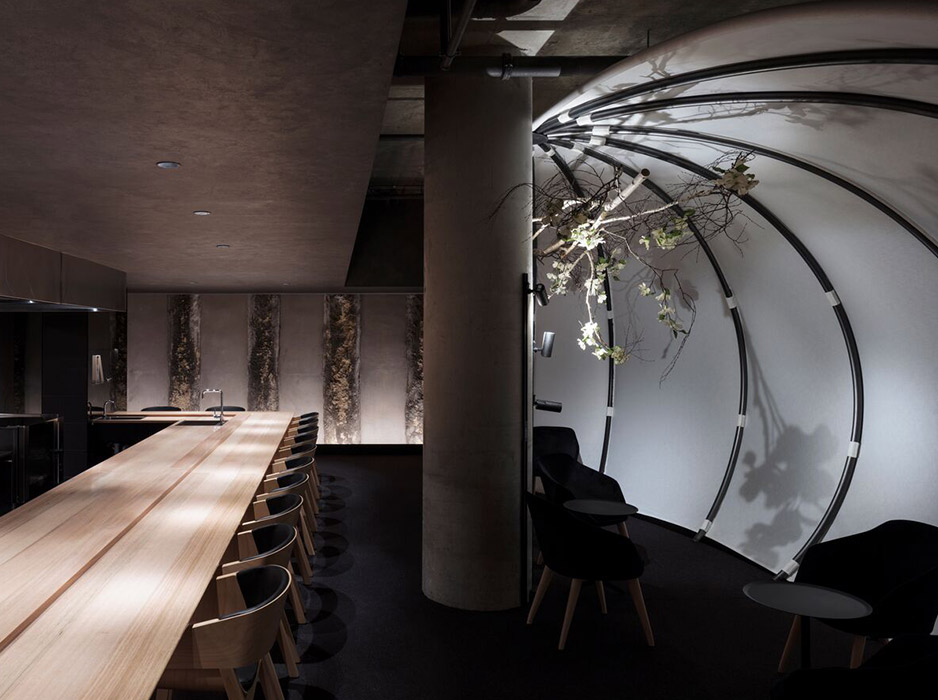 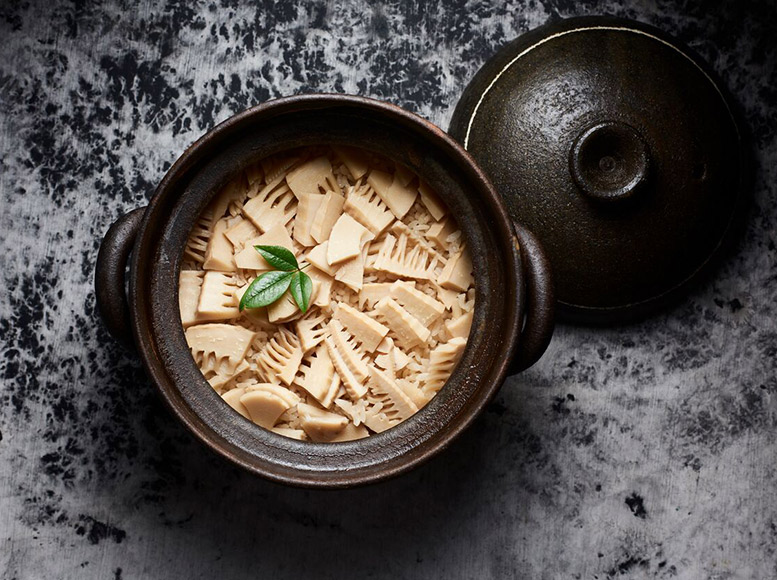 The philosophy behind Melbourne’s best restaurant

This is the philosophy behind our balanced ingredients, the history behind the haute cuisine ‘Kaiseki’ and how we preserve balance, taste, texture, colour and appearance throughout the culinary journey. 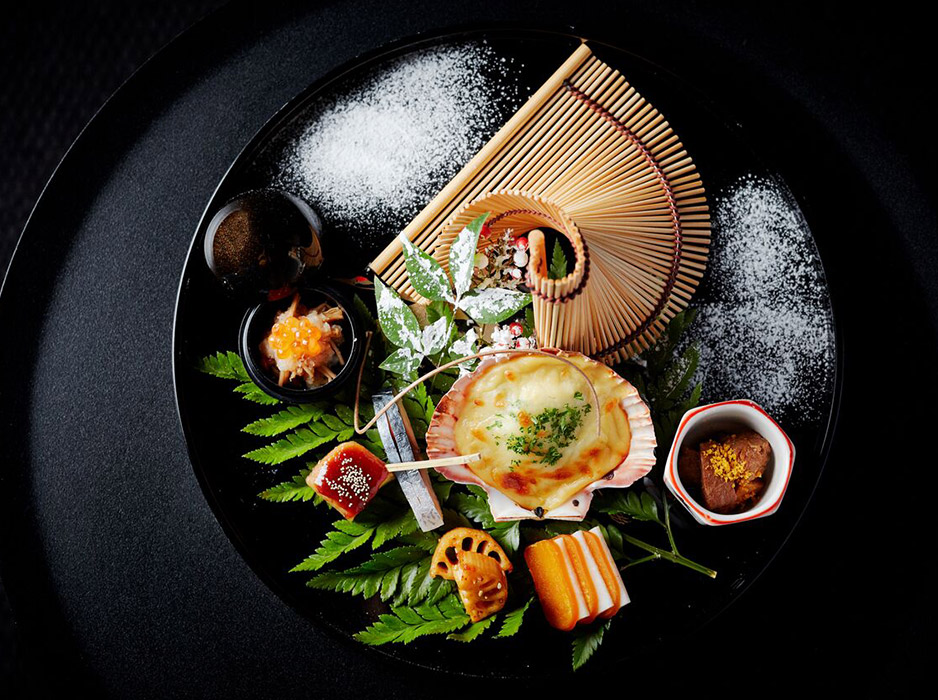 “Kaisek is described as an art form and only practised by the most experienced culinary masters.”
Sammy Preston
“Ishizuka Restaurant Melbourne”
Yellow Trace

With a rich history dating back 600 years, this celebrated culinary art form derives from the ceremonial cooking practices of Zen monasteries, later adapted within the rarefied environment of the Japanese imperial court. 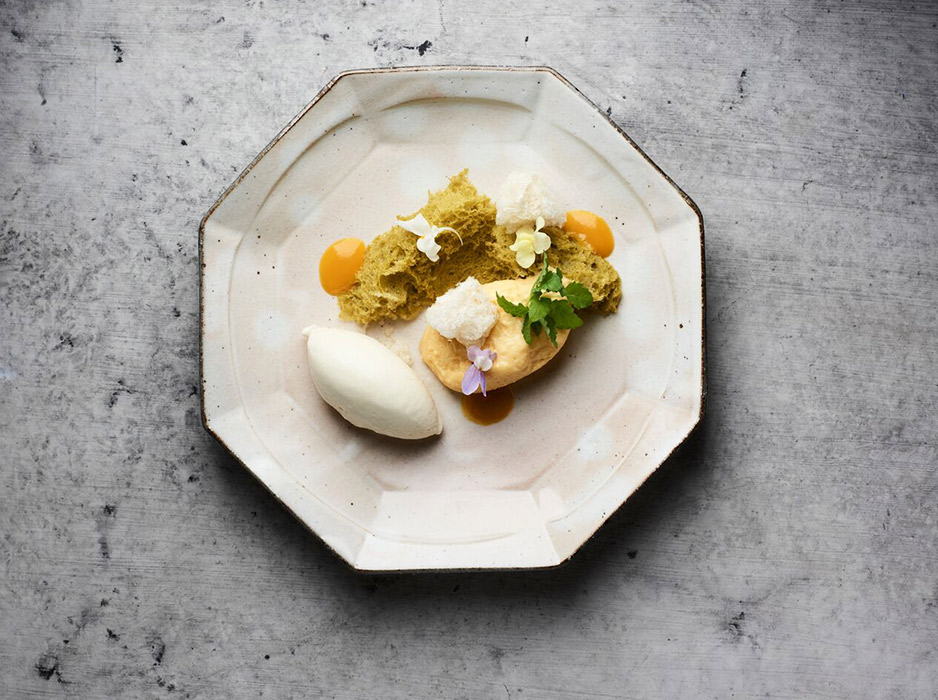 Guided by a formal, multi-course structure, within which chefs may improvise according to their own creative passions and to reflect the change of seasons, Kaiseki emphasises the honest, authentic flavours of the finest natural ingredients.

The cultivation of a holistic dining experience is central to Kaiseki tradition, with practitioners striving for excellence with every detail. From the meticulously prepared menu to its artful presentation, every facet of the meal is carefully considered to balance taste, texture, colour and appearance.

While Kaiseki might have once been experienced beside a traditional Japanese courtyard, contemporary Kaiseki restaurants are often private spaces hidden below ground or on the upper floors of Tokyo high rises.

These intimate dining rooms offer an exclusive environment where a master chef can commune with tradition for a meal of astonishing beauty, intricacy and panache.

The dining experience at Ishizuka

Exactly what you’d expect from Melbourne’s best restaurant.
Welcoming the season change is our artisanal ritual. At Ishizuka, we delicately design a Kaiseki course to incorporate the freshest ingredients of that day. We only work with the best ingredients available in Melbourne to offer our unrivalled Kaiseki Menu from Wednesday through to Monday. 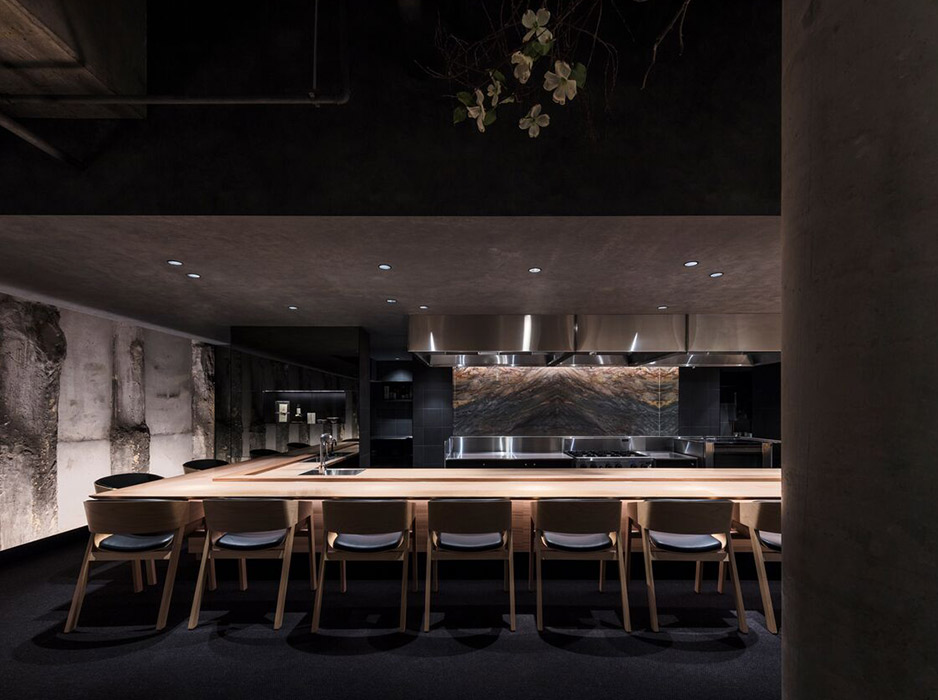 Melbourne diners can experience the fine art of Kaiseki at Ishizuka.

An eponymous 16-seat restaurant within a subterranean space on Melbourne’s Bourke Street.

The nightly set menu of up to 11 courses is informed by the Japanese philosophy that a chef should not overwhelm the original flavour of fresh ingredients, instead opening them up with minimal seasoning. 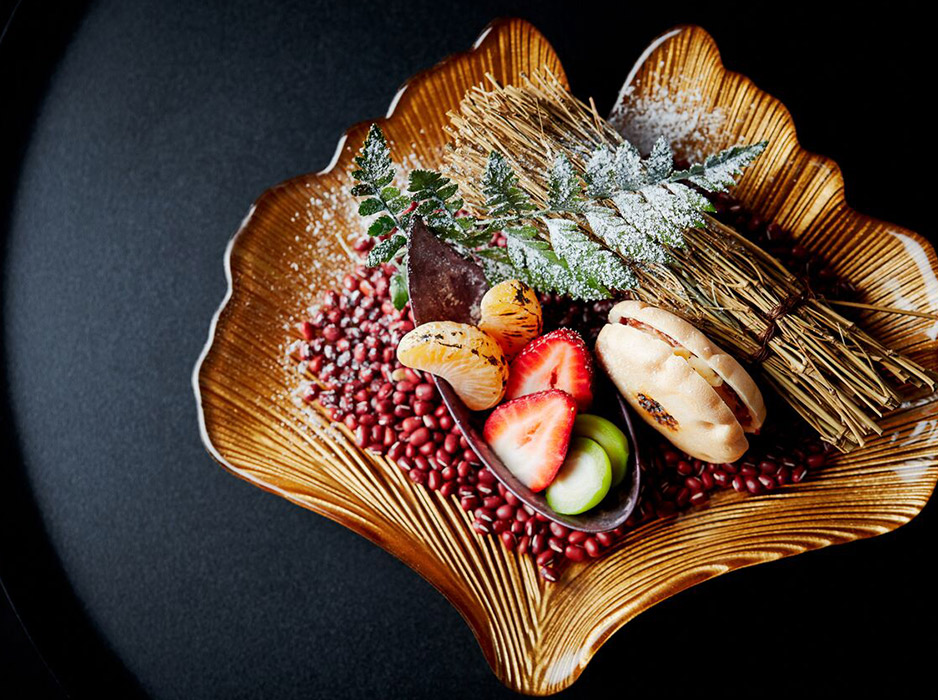 Distinguished by a simmered course of Kamo Jibuni duck breast, in addition to traditional Kaiseki courses such as the amuse bouche (Sakizuke), seasonal delicacies (Zensai), soup (Osuimono), grilled courses and dessert, all designed to complement sake and a premium selection of wines.

Reflecting the expert preparation and superb presentation that defines Kaiseki cuisine, as well as its sensitivity to the nuances of fresh, natural produce, Ishizuka’s innovative fare invites diners on a culinary odyssey that is at once rooted in formality and tradition, while offering an exhilarating contemporary dining experience. The brilliant visionary behind Melbourne’s best restaurant.
Inspired by the knife skills of contestants on Ironchef as a child in Japan, Ishizuka Head Chef Hitoshi Miyazawa knew from a young age that his future lay within the kitchen. 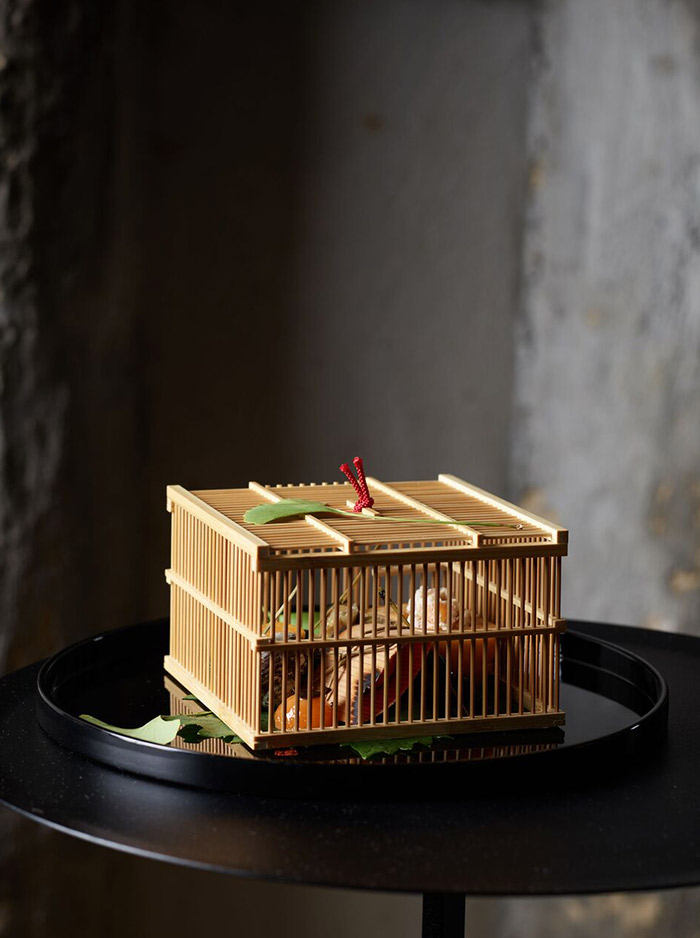 Delving into the culinary world at the age of 18, Miyazawa began an apprenticeship with esteemed chef Mamoru Sakamoto, from whom he learned the ancient art of kaiseki cuisine.

Working together for 10 years at venues such as Hisago, Akitaya and Pan Pacific Hotel Yokohama, Miyazawa credits Sakamoto as the strongest influence on his cooking.

In 2010, Miyazawa moved to Singapore to deepen his understanding of how Japanese cuisine was perceived by the outside world, before returning to Japan in 2012 to develop his own expression of Japanese with the knowledge he had cultivated.

Relocating to Australia in 2017 to broaden his knowledge of the international culinary landscape, Hitoshi accepted the role of head chef at Melbourne’s two-hatted, refined kaiseki venue, Ishizuka, in June, 2018.

A centuries-old culinary artform derived from the ceremonial cooking practices of Zen monasteries, kaiseki is guided by a formal, multi-course structure, with a continually evolving menu that emulates the change of seasons.

Serving a nightly set menu of up to 11 courses, Ishizuka’s approach is informed by the Japanese philosophy that honours the integrity of produce, using minimal seasoning to open up the authentic flavours of the finest natural ingredients.

Bringing joy to others – whether by serving his cuisine to diners, or by teaching his staff the skills of his craft – is what Hitoshi Miyazawa most enjoys about cooking.

At every opportunity, Miyazawa aims to impart the knowledge to his staff that was bestowed upon him by his own teacher, and which he hopes his staff will pass on to their own one day. “We bet you’ve never experienced the concept of kaiseki quite like you will at Ishizuka, from famed chef Tomotaka Ishizuka, situated in Melbourne’s CBD.

The subterranean Bourke Street restaurant is only tiny, but delivers big things in the flavour department, as Tomotaka delivers an expert interpretation of one of Japan’s most respected culinary traditions.”
Libby Curran
“Ishizuka”
Concrete Playground

The dining environment at Ishizuka

One of Melbourne’s most stunning restaurants.

“As much as Kaisek is concerned with authentic flavours & the delicate balance of taste & texture—the experience also encompasses a tremendous sense of theatre, cultivated by capturing the senses through presentation, setting, & tableware. Melbourne based firm Russell & George are responsible for the restaurant’s interiors, creating a sleek, minimalist basement dining room to match Ishizuka’s precise, bespoke fare.
Indeed, the mood of the space is the perfect counterpart to the menu. A beautiful curved white wall resembles a Japanese paper lantern, & tableware has been custom made by Kyoto ceramicists Shigeo & Yotaro Takemura of Dainichi Gama studio.”
Sammy Preston
“Ishizuka Restaurant in Melbourne”
Yellow Trace

Ishizuka in the Press

To be considered one of the best restaurants in Melbourne, you need adulation from culinary experts.
And the Australian media have fallen in love with Ishizuka.

“Sit back & enjoy the beauty, the sheer, time-consuming pride of the kaiseki process, & open a door to a new world of culinary possibility.”